No surprise, the cornerstone of this recipe is the golden-crusted, spinach falafel. If you look at the photo, you’ll see the pan-seared patties hanging out in the 5 o’clock position. They’re crusted, golden, browned on the outside, tender and lemon-flecked on the inside. They’re also packed with good-for-you spinach and chickpeas. I make them in big batches, freeze them, and eat them (allll the time) as snacks, or in bowls like these. 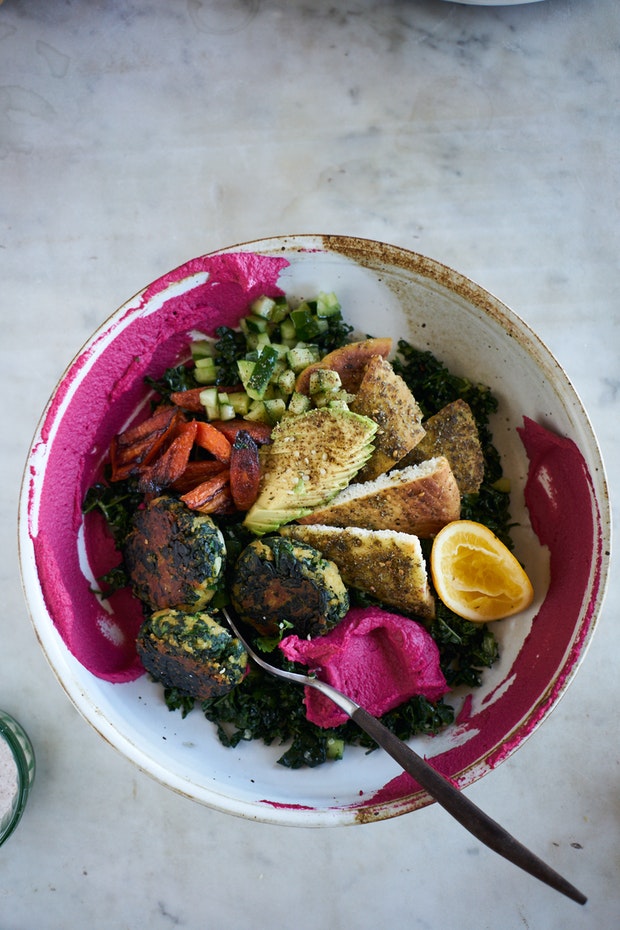 Falafel at the Center

If you have the falafel, you can pull together a pretty good snack or meal. It could be something along the lines of what you see here, or something different based on what you have on hand. I had some hummus in the fridge (a red beet version of this hummus), some kale, carrots, and cucumber that needed to be used, and some pita. Also, some herb stragglers. The pita and carrots went into the oven, I cooked the falafel in a skillet, and chopped up the rest. Let’s say you didn’t have any of that, but you did have some romaine, yogurt, and a garlic clove. You could do falafel lettuce wraps instead, smashing the garlic into a paste and adding it to the yogurt along with a bit of salt. Use that as your sauce. The name of the game here is adaptability. 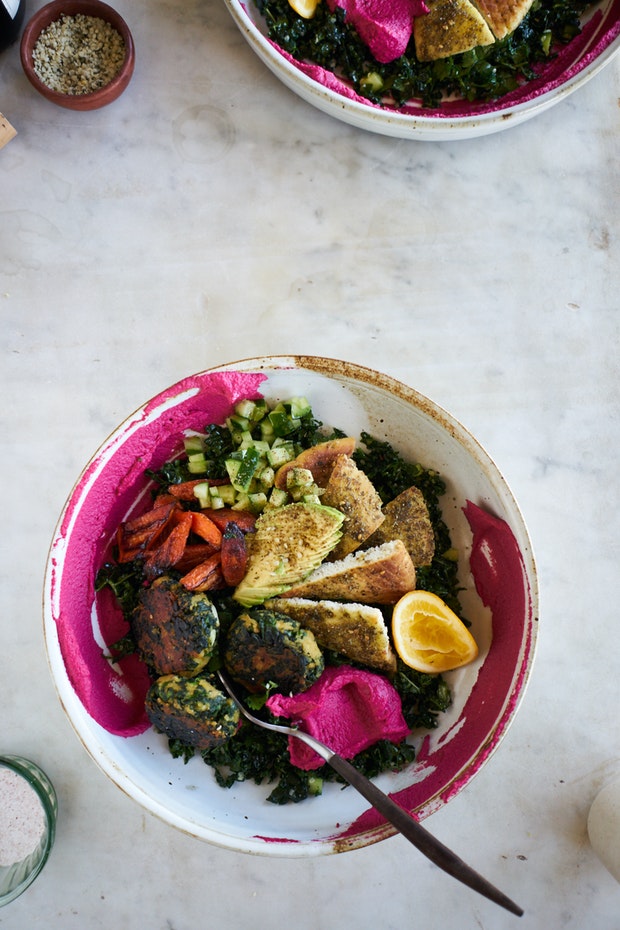 Once you’ve formed the falafel you have a range of cooking options. If you smush them a bit, and pan-fry them in a bit of oil, you’ll get the best golden crust. Sometimes I bake them (450°F), also pretty-strong contender. I’ve even tested them in an Air Fryer, and they’re one of just a handful of things to exceed my expectations in it (7 minutes at 390°F, shake the basket, and do another 7 minutes).

I’ll note this in the recipe headnotes below as well. To make the falafel vegan, you can use flax “egg” (5 T. water + 2 T. ground flax seeds whisked together), and skip the cheese. 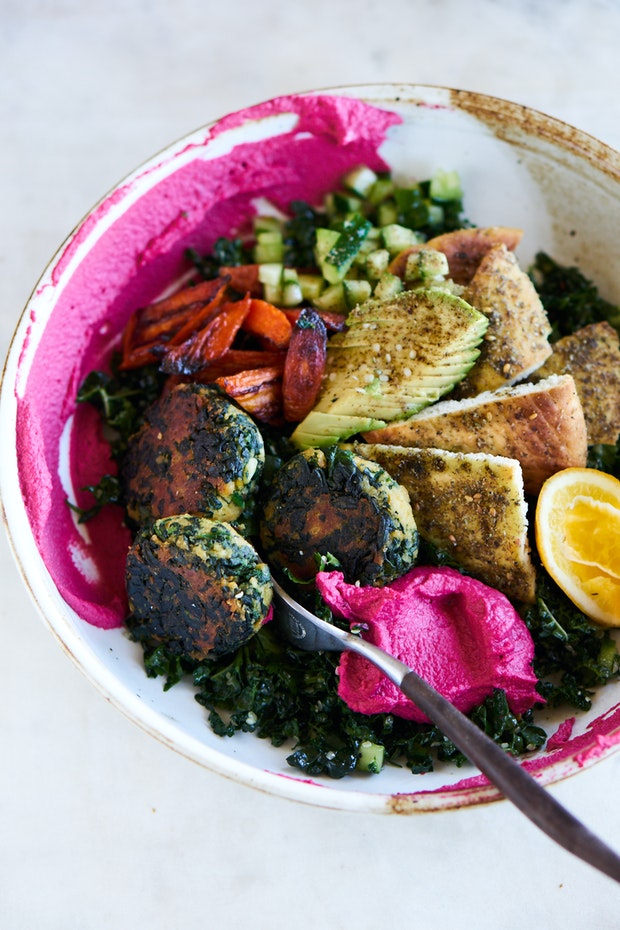